In the windows of time between the tense trips to the police station, Thangami and I tried to work – on our joint project on the one hand, and on everything I had planned for the photography sector on the other. Inwardly happy, almost greedy for my personal projects, I set off alone. Just a few steps from my accommodation in Newtown are the Market Square houses. An architectural heritage that lives up to the name – a cultural corner: theatre, gallery, rehearsal rooms and just the Market Photo Workshop itself. The building surprises me as soon as I approach: large-format transparencies instead of windows, transparent photographs on the glass fronts of the gallery area, a striking inner courtyard, the friendly doorman. It’s clear as soon as I enter: photography is alive here. Only now does it occur to me that I didn’t even ask if anyone had time to show me around – but that’s not the African way in this case anyway. Loyiso introduces himself to me as the coordinator, responsible for training and mentoring. I tell him everything you have already read, and also that I have the feeling that the Market Foto Workshop is where the threads always come together when it comes to finding photographers. This house plays a central role, so I want to see it.

Founded in 1989 by David Goldblatt, it focused in its early days on social documentary photography, a genre designed to provide an entry point into the media landscape and professional world. Photojournalism was an important strategy in documenting what happened during apartheid. Today, the MPW is an educational institution that offers courses in analogue and digital photography. The school promotes the position of photography through public discussions, exhibitions, publishes various catalogues and offers all these especially to marginalised people throughout the country who live in townships and informal settlements. All this is made possible by the perfect mentorship of professional photographers, most of them graduates of this photography school. They provide the technical, intellectual and financial foundation to gain a foothold in the labour market. All this is made possible through the support of GettyImages, Canon, IOM of the UN and the Open Society Foundation South Africa.

The MPW presents itself to me as a comprehensive educational institution that is open to the most diverse challenges – this becomes immediately clear to me during the extensive guided tour. I document the premises, an unspeakable number of impressions, everything fits into one another: lecture hall, library, rooms for exposure and development, storage for mounts and picture frames, printer station, iMacs for postproduction and graphic design, open spaces that invite communication and the important picture discussions. Bright areas, lots of space, two or three staff members everywhere, who also decorate their personal work areas with their photographic works – their special “hall of fame”, as they explain to me. All the people we meet are introduced to me and conversations develop immediately. They take so much time for me. And all this without an appointment… I spend three or four hours there, still walking through the galleries alone and soaking up the exhibition images. What contributions, what working titles, Living Legacy for example…

Everything here and there is built on relationship. I could never ask for financial support and private sponsorship for the planned photo exhibition if I did not personally meet the people I would like to invite to Austria. I already know Armand Hugh, I met him last August in Muizenberg. He radiates calm and competence, always listens attentively and is interested in everything. At that time I already had the feeling that I wanted to talk to him about a hundred things, the time always seems far too short. All his photographic works of daily life are well researched, most of the ones I know seem so intense because they are in black and white. He is concerned with conveying emotions, the truth of feelings and the pain he experiences when reporting from dark places. Nevertheless, he believes that his photographs have the power to change opinions. I often try to imagine the intensity Armand must have gone through when he set himself the task of photo-documenting the 790 days of the Lockdowns. The early years in Middle Eastern war theatres at CNN may have been helpful enough, but in times of anxiety and cluelessness, where frustration and massive unemployment were rampant, is something else.

I also met Lindeka Qampi in Cape Town. Since she probably couldn’t do much with my message: “My boyfriend drives me everywhere”, we agreed on Wynberg in the Southern Suburbs, she just waits in front of the clothing shop. Quickly jumping into the car, very ladylike, she immediately recounts the incident she had just witnessed: “Imagine, I think I just got in the way of two thieves!” Her descriptions are so authentic, Thangami’s additions so detailed, that I can already see the scenes in my mind. She later says that photography raises awareness of all areas of life – I have already witnessed this. Her photographic activism is about expressing her own identity, her roots. She wants to speak a visual language that exposes injustice, fights violence and poverty and respects the heritage of multilingualism. The camera is her tool for this.

All the other photographers live and work in Johannesburg, the City of Gold. All three laugh out loud, only to shake their heads afterwards: The gold of the city does not exist for women artists, they say, it is hardly possible to keep one’s head above water with photography. But they do it – day after day, night after night.

Manyatsa Monyamane invites us to his home in Hillbrow. Just a few streets away, where Thangami’s sister was held. I let the houses pass me by, lost in thought, when Thangami suddenly parks. It’s a good place to have breakfast. A Portuguese breakfast? Here? And he was so right… Still, it wasn’t the end of the surprises, because Manyatsa’s little family home surpassed so much. Even before entering the house, you know that people with a special relationship to colour and music live here: painted furniture, large colourful carpets, photographs of jazz musicians on the walls, portraits, a small garden, … how enchanted I perceive it. Manyatsa speaks confidently and convincingly about what she wants to photograph. She also communicates in her work with the people she portrays. She enjoys the unexpected, the infinite. The rooibos tea is slowly cooling down, the record player is spinning Louis Armstrong along with his “Hello Dolly, this is Louis, Dolly, …” Everyone is amazed at my knowledge of the song’s lyrics, me too. It’s been a long time since I heard it, but getting older also has its advantages – lines of lyrics from the past are easy to recall from memory.

Another time – with the Google navigation menu open, Thangami’s mobile phone is next to me. No idea why it is sending us in circles. But Andy Mkosi waits patiently, her laughter awaiting us in the guest garden of IT Corners in Melville, the creative meeting place around here. Completely open and straightforward, she talks about herself, her current situation and her unquenched hunger for good photo books, which unfortunately are always too expensive to buy. The FRAME magazine has been discontinued, the journalistic supporters could no longer find backers. Andy particularly enjoyed working for this magazine, there was a super team spirit among the staff, many were simply friends. Now, her family itself is the centre of her photographic work, the examination of matriarchy takes a central role. And the music! Andy is considered a versatile multi-talent who much prefers documenting moments to poses and also plays and sings in bands. She finds her areas of interest besides people and music in nightlife, but also in social issues concerning housing and equality. “Sometimes it’s really hard, but we will make it!” she concludes.

Personally, I was a little uneasy inside when we met Ruth Seopedi Motau in Braamfontein, 44 Stanley. This woman is where all those threads come together that I mentioned when I visited the Market Photo Workshop, and she is also one of its first graduates. She was the first black female photographer to work for the South African press. She knew all these charismatic personalities: Mandela, Tutu, Makeba, … For me, she is the grande dame, but one who exercises restraint. And those are the real great personalities in life, I think. At the moment, some of her works can be seen in the wonderful exhibition “When Rain Clouds Gather” at the Norval Foundation in Cape Town until 9 January 2023. She is currently receiving numerous awards, is present in many media channels and is an excellent mentor for young photographers. She speaks with purpose, despite all the adverse circumstances that have prevailed in the past and those that prevail now. At the centre of all her artistic endeavours, she sees the marginalised groups of South African society, then and now, and dreams of being able to open a photography school for children in a township. She maintains so many connections with so many people, especially women, especially Zanele Muholi, who herself is currently the focus of many exhibitions, videos and installations worldwide and who has been actively campaigning for LGBTQ+ rights in her art for almost 20 years.

But at the moment I am also remembering thousands of individual experiences from my South Africa trip. I am immensely grateful to Thangami for his securities, which he feels responsible for and which make this travelling possible for me at all. 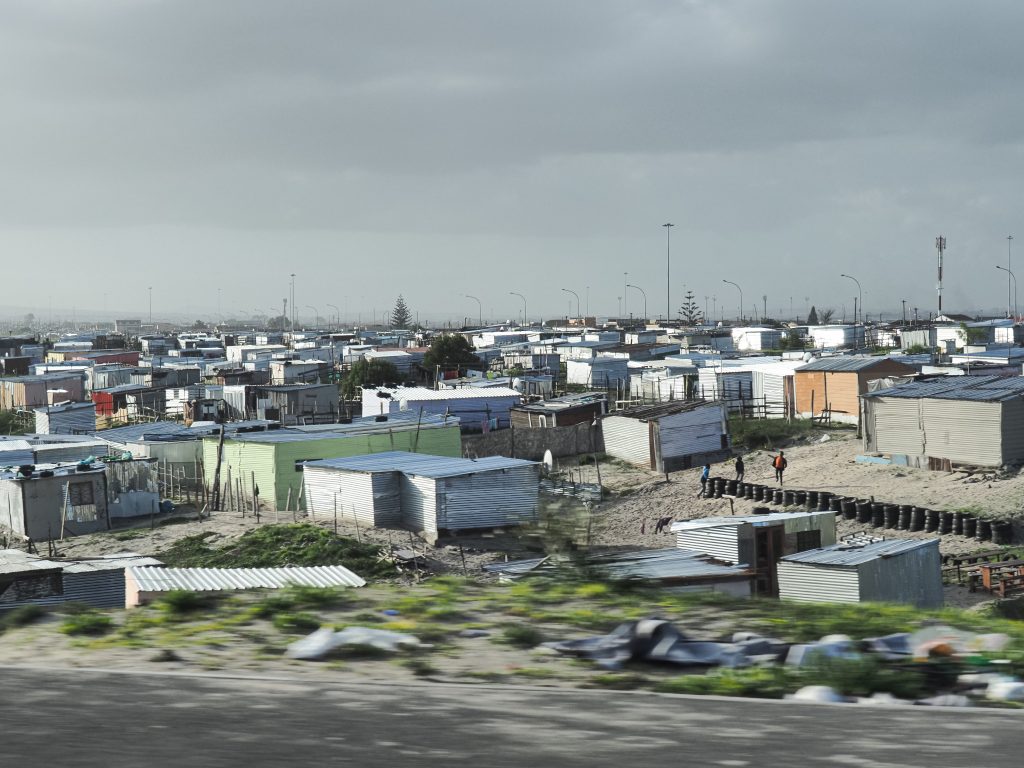 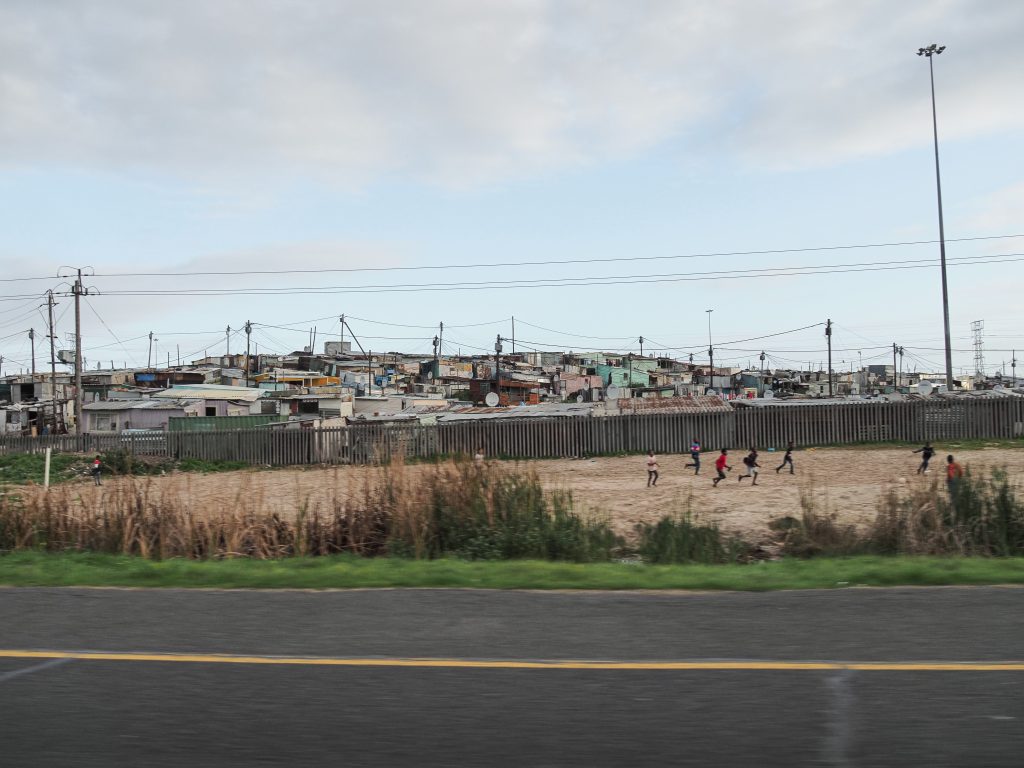 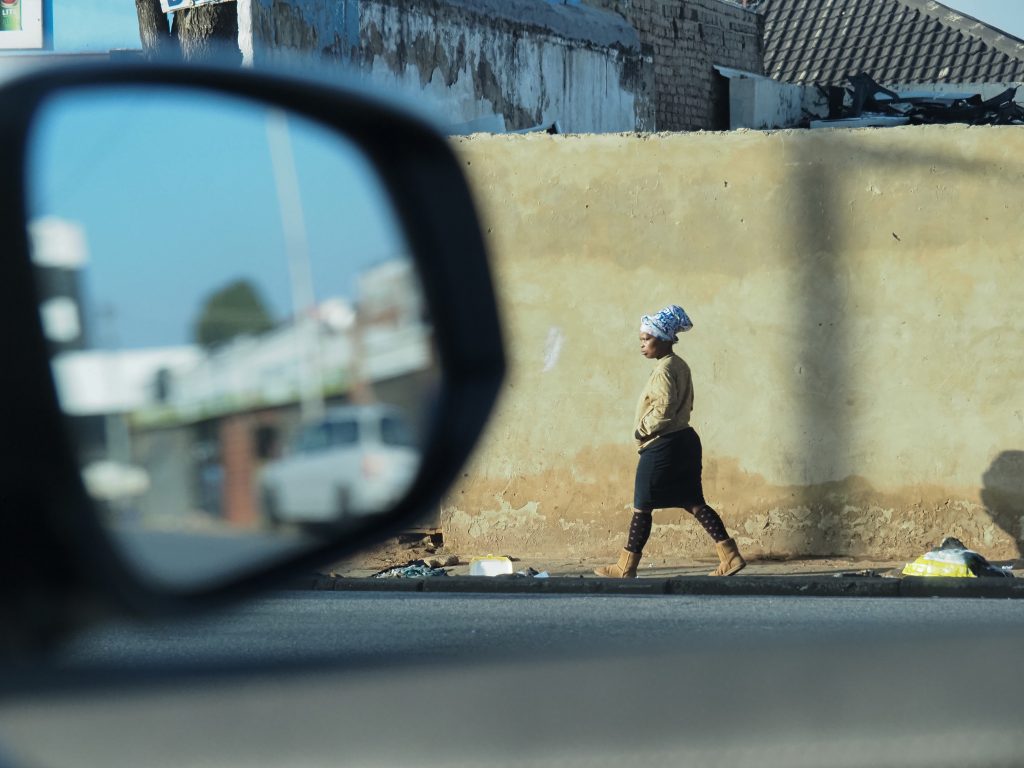 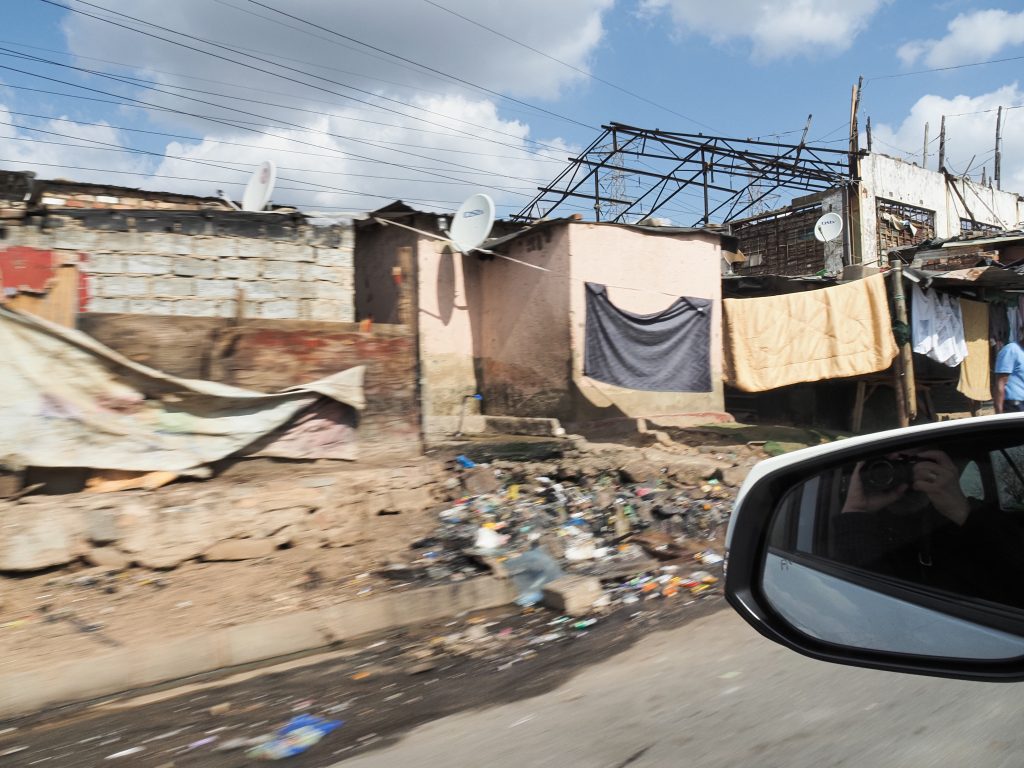 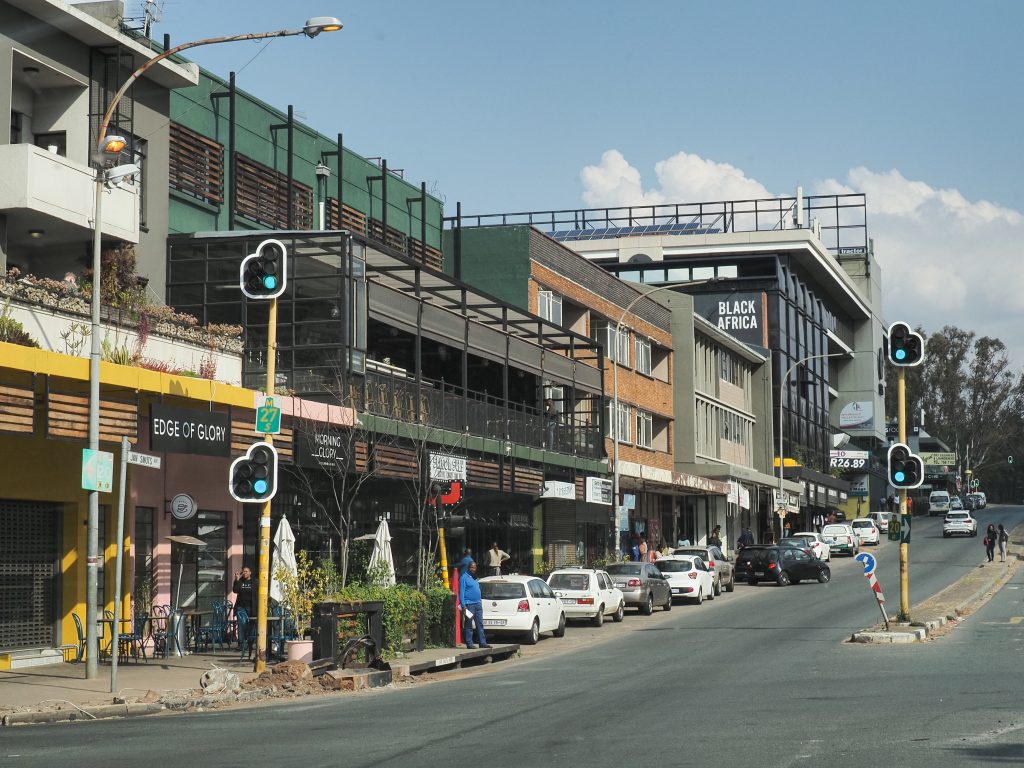 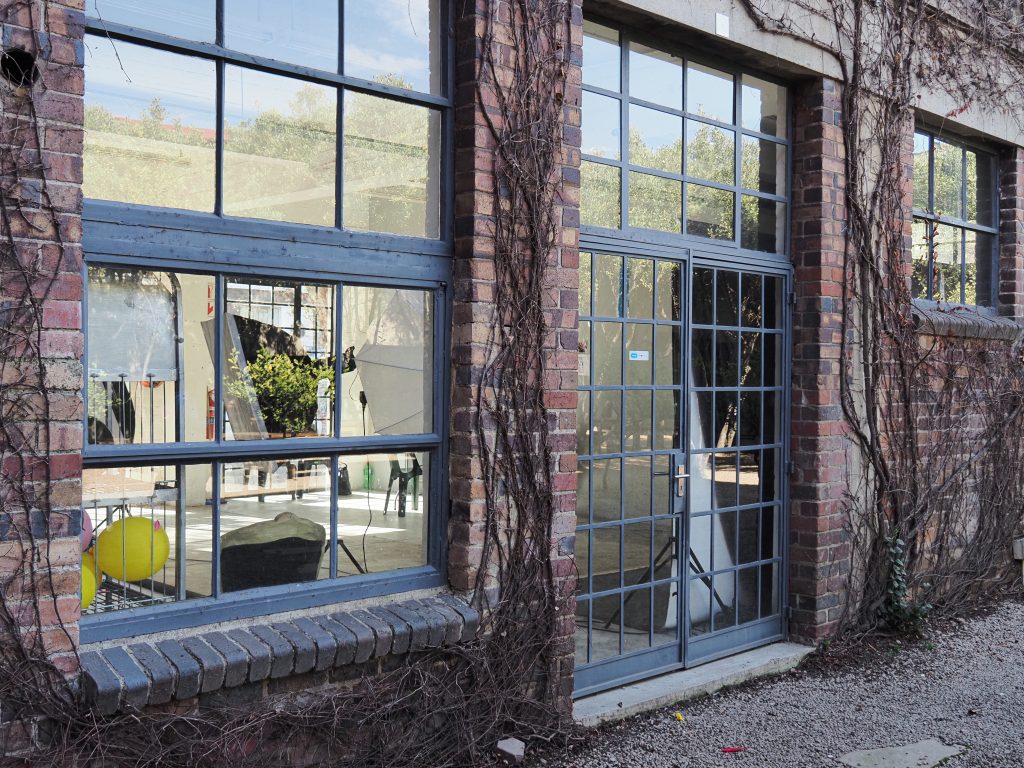 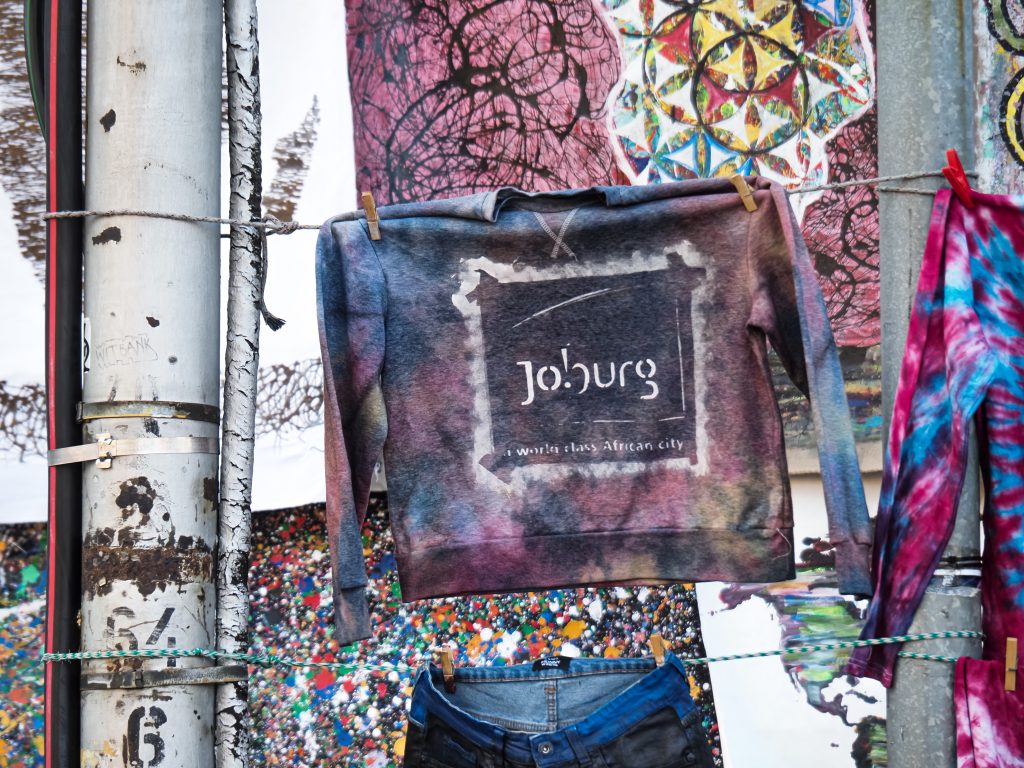 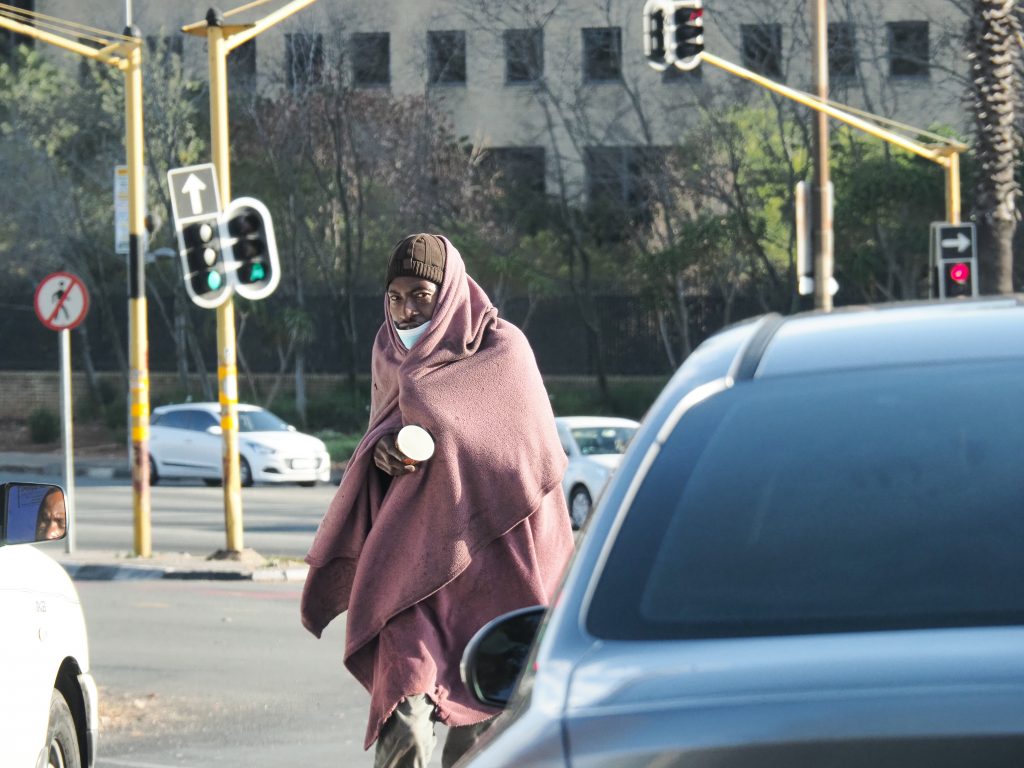 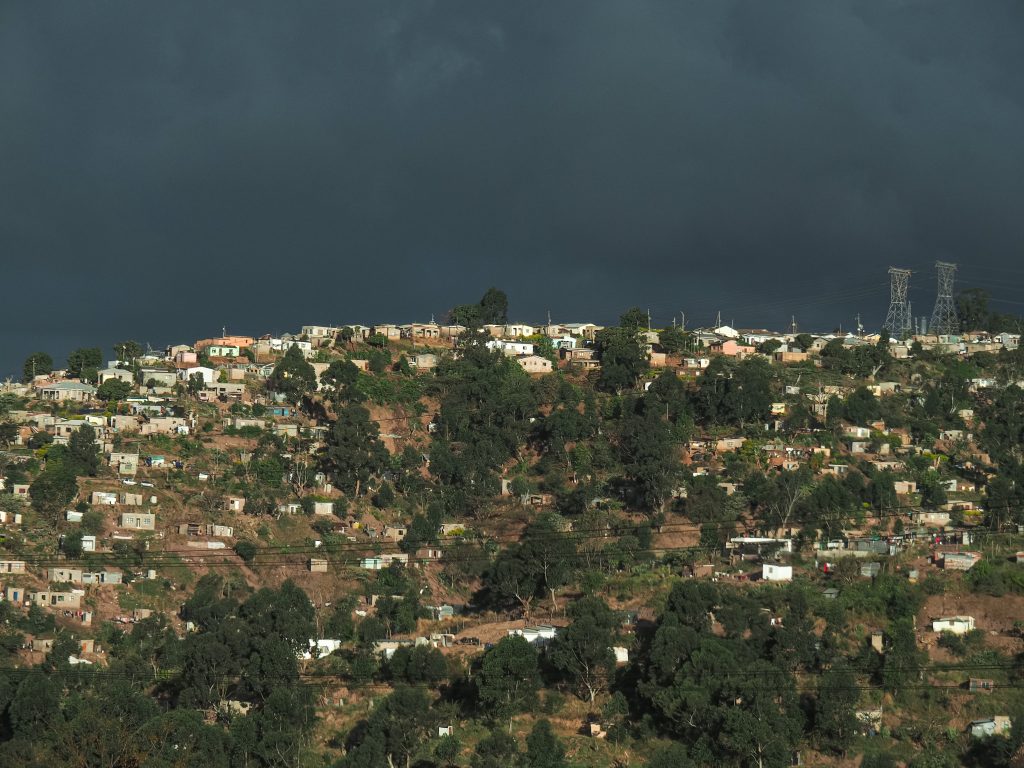 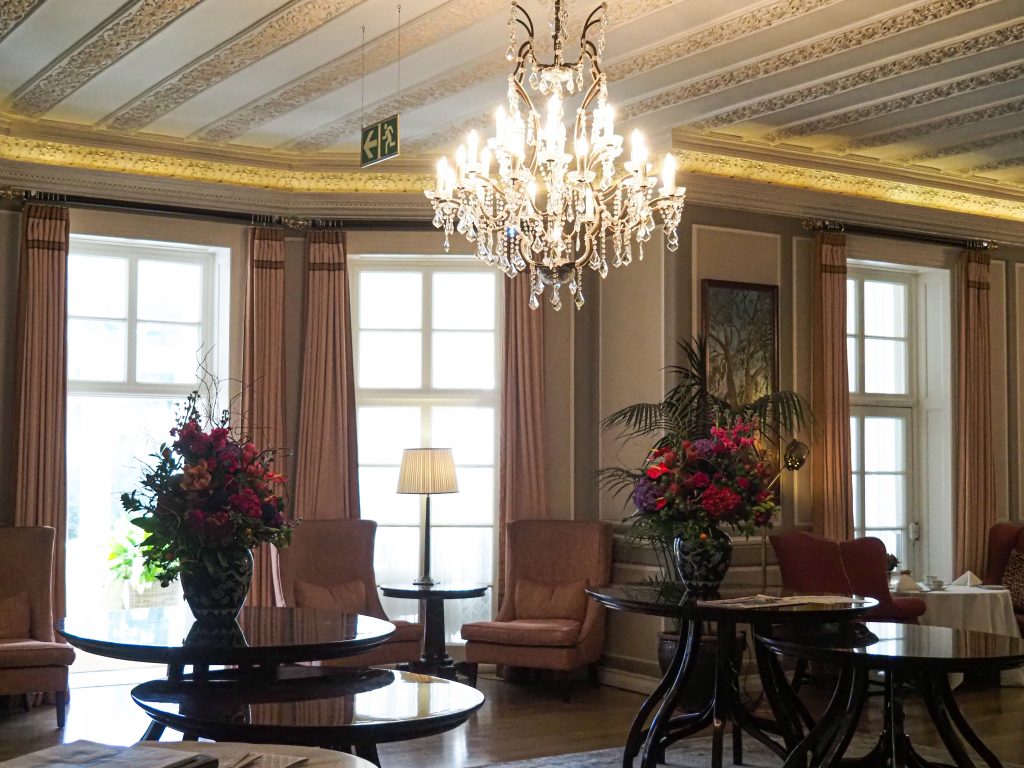 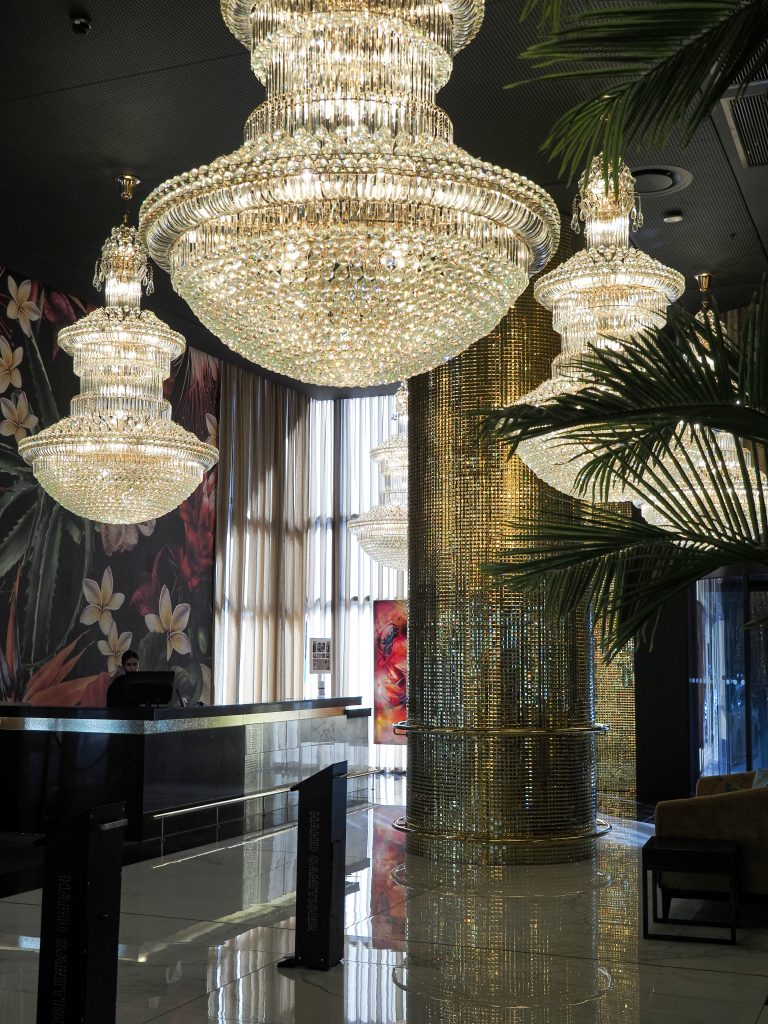 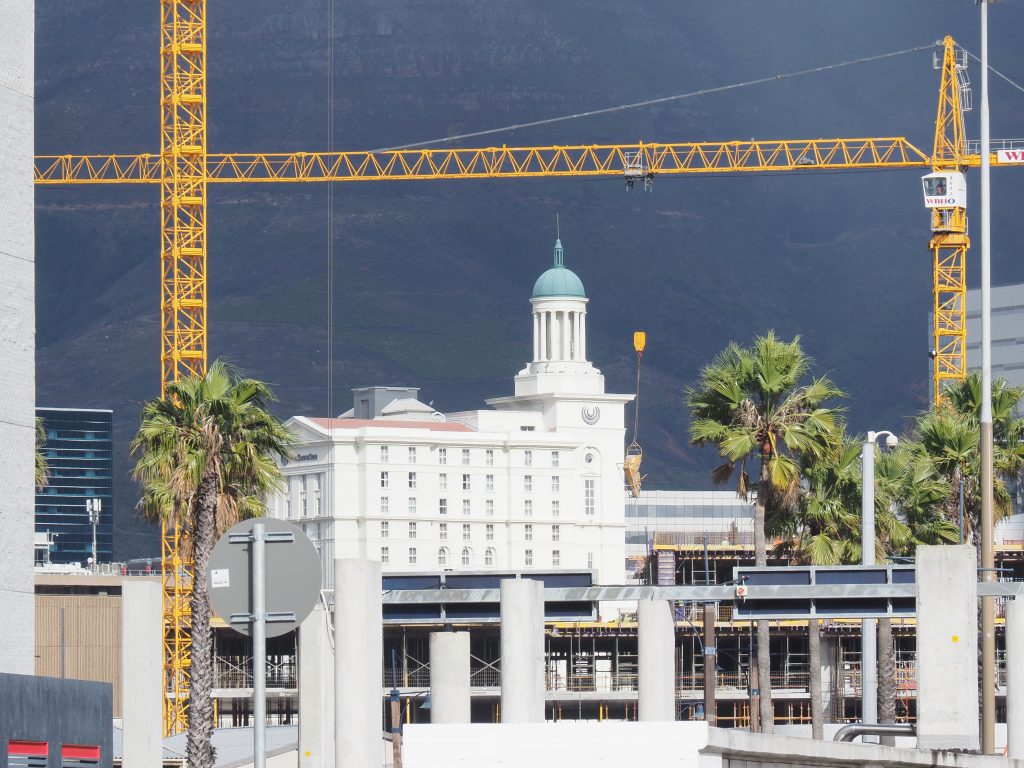 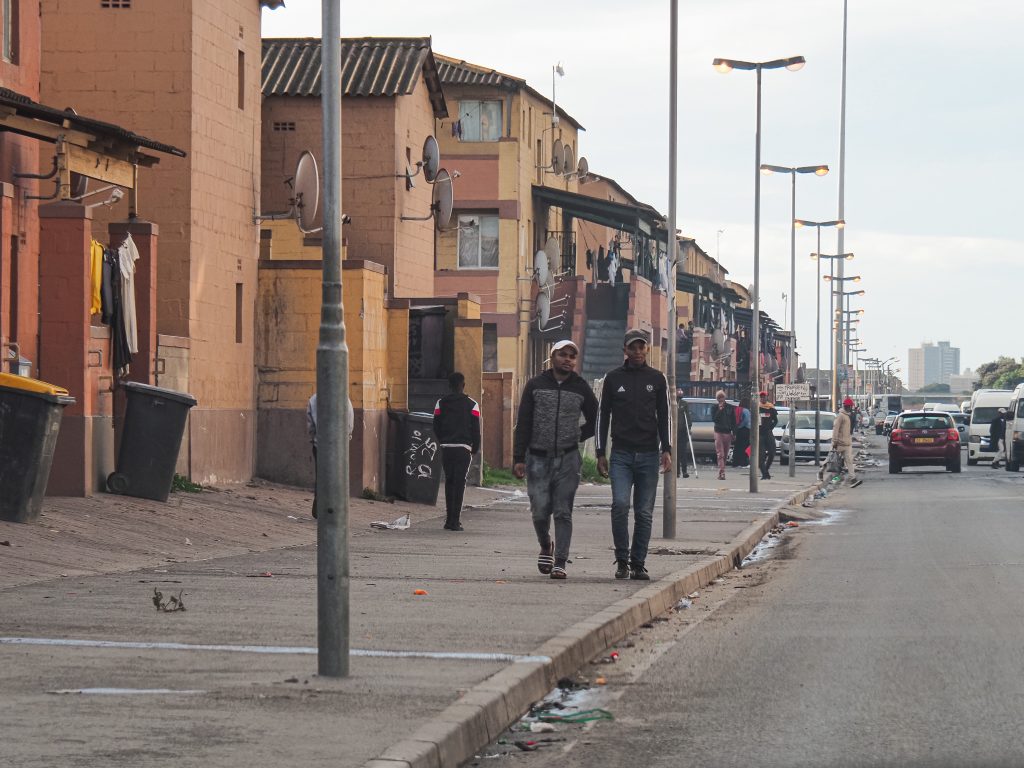 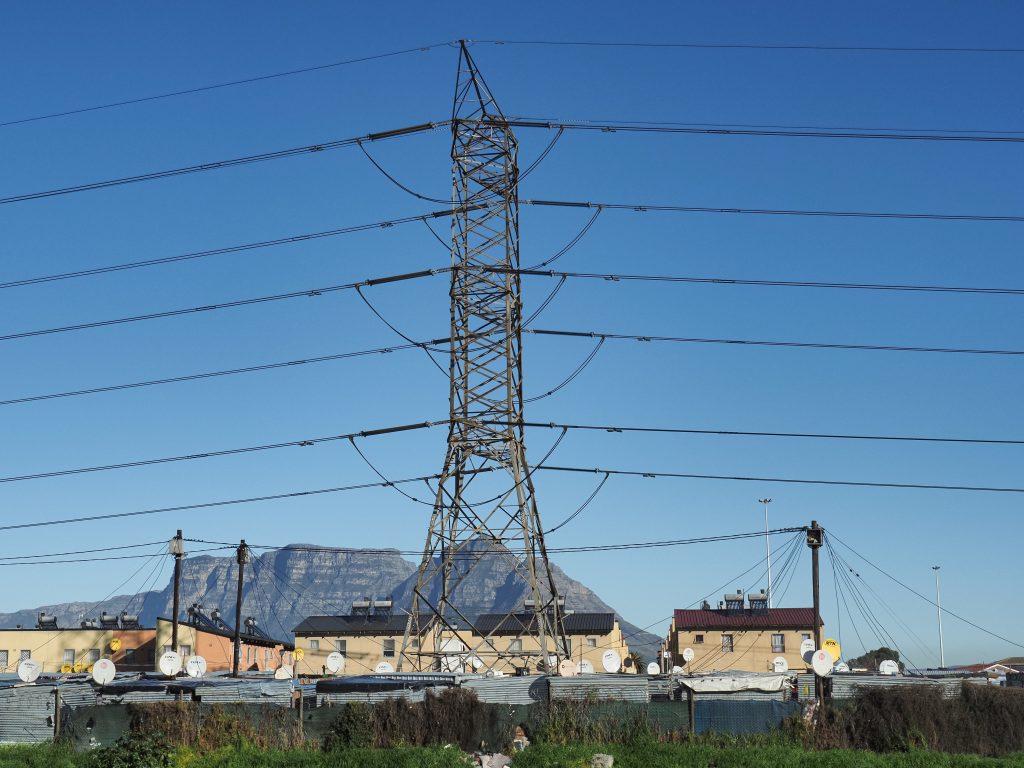